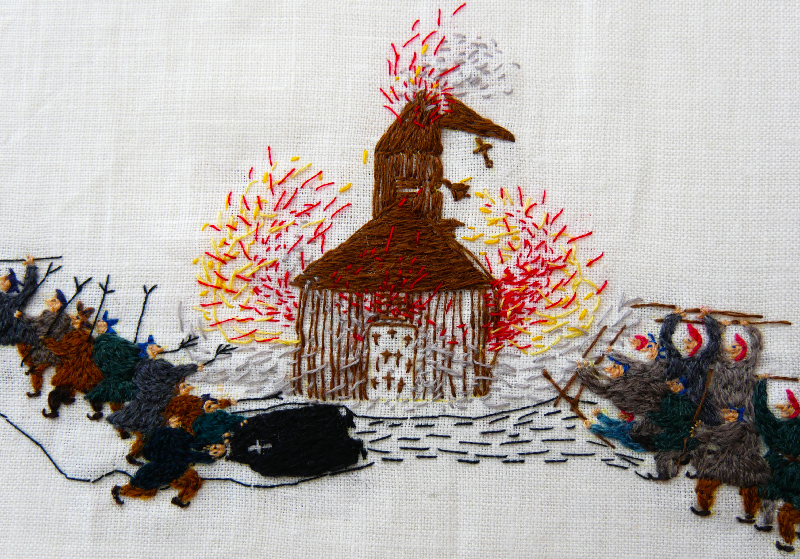 Britta Marakatt-labba was born in 1951 in Idivuoma, outside of Kiruna in northern Sweden. She grew up in a siblingschool of nine children in a reindeer herding family in Saarivuoma Samby. Marakatt Labba studied at Sunderby College, The Industral Art School in Gothenburg and at the Sámi University in Kautokeino. As an artist she works primarily with textile embroidery, watercolor painting and lithographs with motifs related to Sami culture. She has illustrated a large number of books and has also been a costume maker and performer. She started the Sámi Artist Group (Masi Group) in 1978 and was then committed to building the Sámi Association of Artists in 1979. In 2014 she was appointed honorary doctorate at the Faculty of Humanities at Umeå University.

24 meters of embroidery ” History”
The embroidery can be read and seen both from the left and the right.
From the right the picture starts with primeval forest, between birch trunks several faces peep out.
It is our mothers of origin, they who have treaded trails for us coming generations.
They share with us their wisdom, how we should treat the nature and live in balance of what our Creator has given us to manage.
You can call them goddesses; in the mythology of the Sami people we have female goddesses.
Door:, the goddess of fertility and the hunter, they are guided by the Original Mother.
On their head they are wearing a red hat, an old Sami kind of hat, with a horn in the front.
The symbol of pride and power.
In the forest all the animals are coming out.
Bear, wolf, moose, fox, wolverine, lynx, all this species exists in our fauna.
People skiing : the Sami people discover that they can tame the reindeer and from the animal get food and craft material, and that the reindeer can be used as transport animal.
New times are arriving in Sapmi / the land of Sami.
Motorization within the reindeer nutrition in shape of snowmobile.
Reindeer working Sami, moves with their reindeer between winter grazing land and summer grazing land.
Sami exists within reindeer care and fishing and agriculture.
In the middle of 1800s the Sami people are uprising and show defiance against the powers ”the Kautokeino Uprising.”
History ; they were burning down the store, as the owner supplied many people with alcohol.
”i chose in the picture to burn down the church, as the priests played a big role in causing the uprising”
The Sami people did the uprising against the church and the shopkeeper.
The Kautokeino uprising resulted in that 2 of the Sami people who rebelled were beheaded in the place of Alta.
In the middle of the embroidery you see the 3 goddesses begging that the Sami people in the future will have the opportunity to exist in the area they have always belonged to.
From the left is the embroidery about the Sami starry sky.

Text Beatrijs Sterk and Britta Marakatt Labba
Translation from Swedish: Sofia Brenner
With thanks to Elisabeth Brenner Remberg for getting in contact with the artis 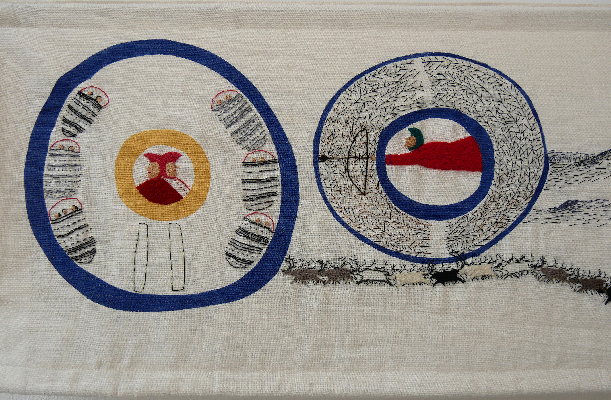 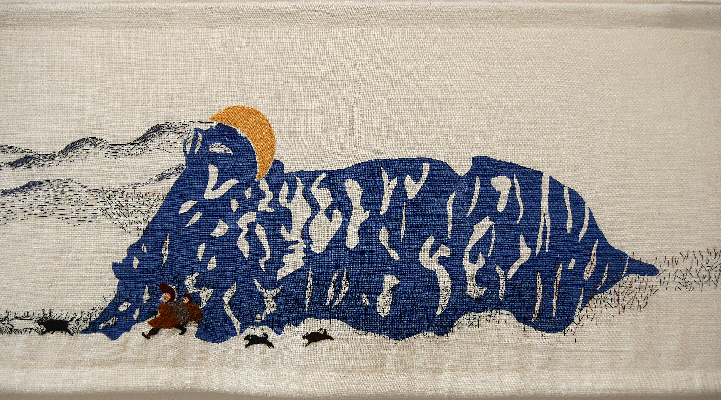 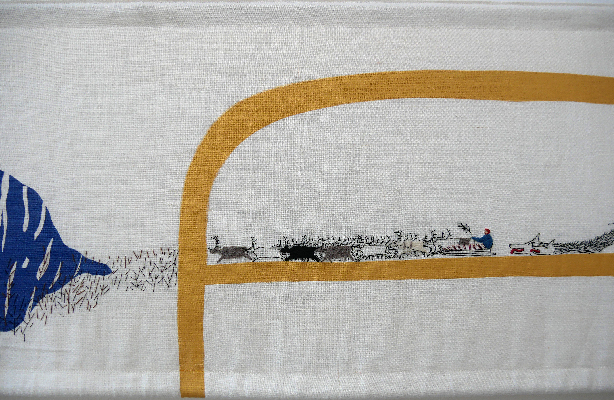 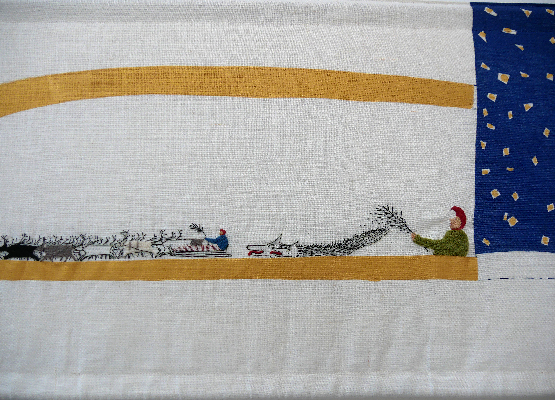 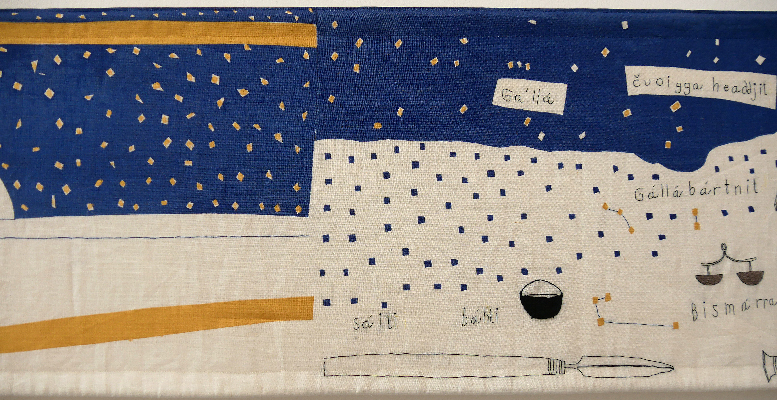 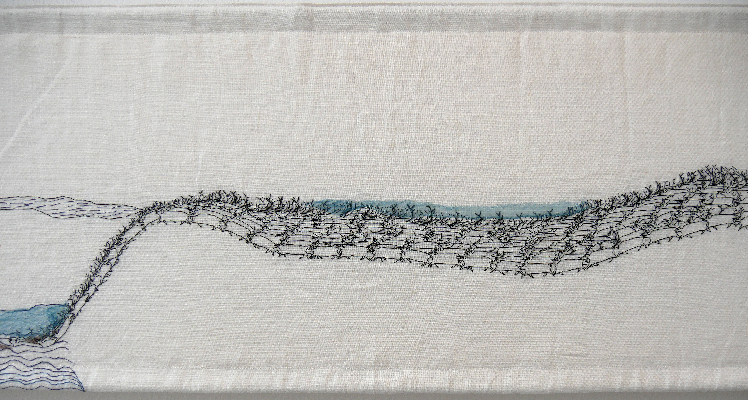 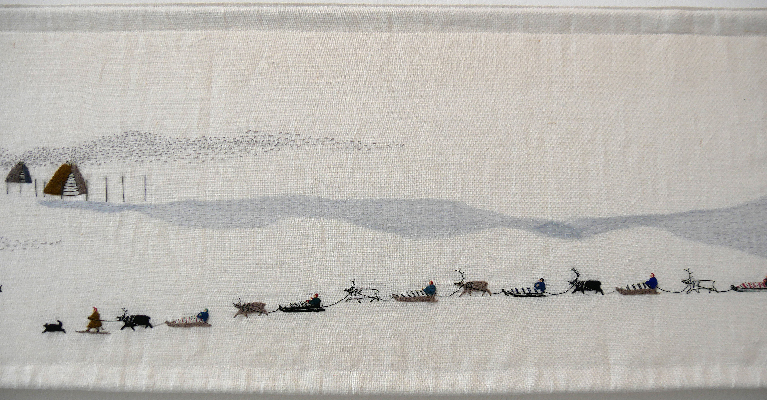 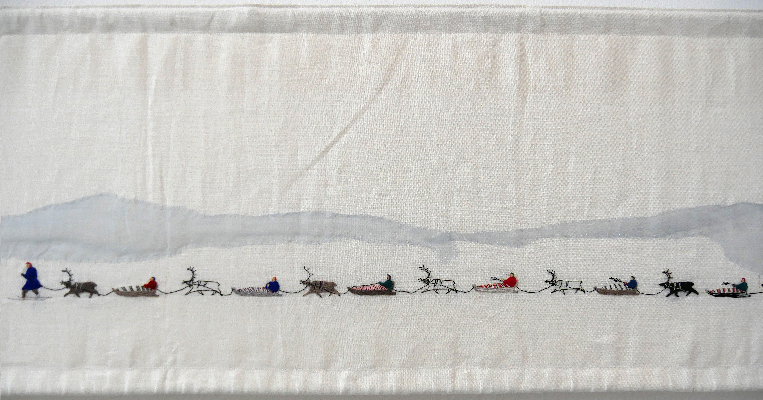 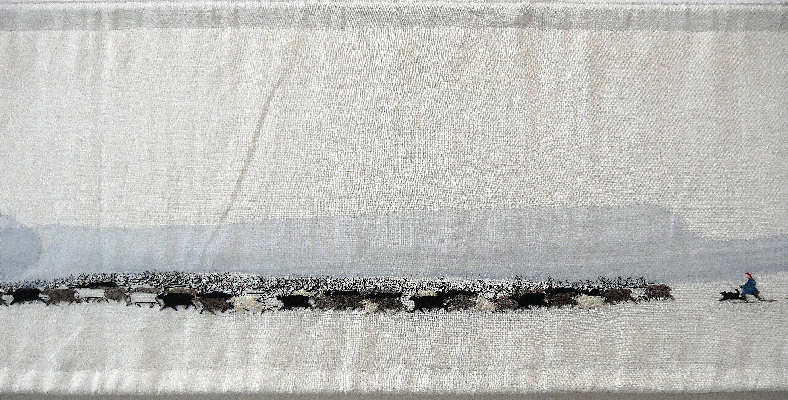 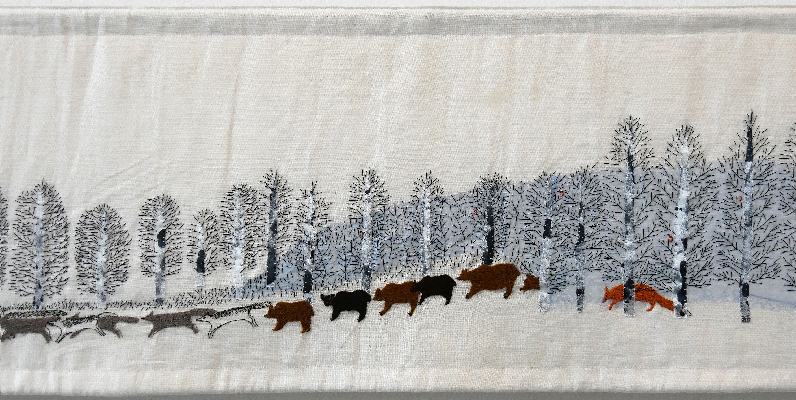